Leslie Beckwith of North Conway was 1st female overall with a time of 51:42, breaking the previous record by nearly two minutes. Dawn Heinrich of Wolfeboro was 2nd woman overall and 1st in her age group. Colleen Ryan of Danvers, MA was 3rd female overall.

Tim Livingston of Conway was 1st male overall with a time of 44:05, breaking the previous record, held by Carl Swenson, by over four minutes. Carl came in second, and first in his age group, still faster than his own old record. Brent Perdrizet of Lyme was 3rd male overall.

Kismet Rock Foundation is a non-profit that serves economically underprivileged students who might otherwise ‘fall through the cracks’ of their highly stressed public school systems. By developing their potential, Kismet prepares students to contribute to their communities and their culture throughout their lives.

Kismet serves seven public schools in New Hampshire, Maine, and Massachusetts; offering students one week per summer of programs for up to four years. To make a donation, volunteer or learn more about Kismet Rock Foundation and its climbing programs for New England youth please visit www.kismetrockfoundation.org, email info@kismetrockfoundation.org or call 603-730-2715. Kismet Rock Foundation is a nonprofit 501(c)3 and all donations are tax deductible.

Check out some photos of the 2011 Kismet Cliff Run on Kismet’s Facebook Page. 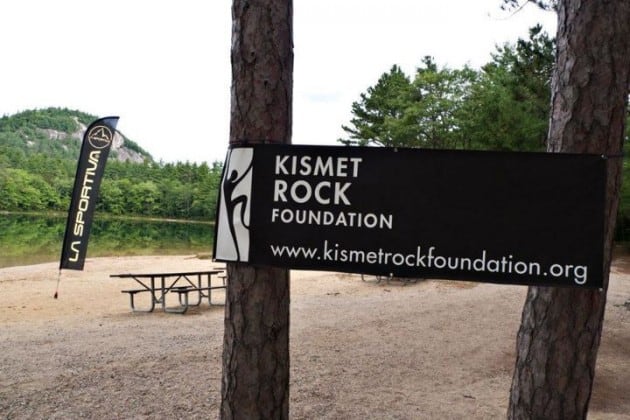